Jeanne Rendu was born on September 9, 1786 in the village of Confort, a village in Savoy. From her childhood she was educated in the practice of Charity, so the attraction to the service of the poor came naturally to her.

At the age of 15 she was allowed to spend some time with the Daughters of Charity in the nearby hospital of Gex; it was the beginning of her vocation. She joined the Daughters of Charity in 1802, taking the name Sister Rosalie Rendu. There she spent more than 50 years of her life in the Mouffetard neighborhood. Her works were prodigious. Then included a primary school where Rosalie originally taught and which she later ran.

Rosalie Rendu was an extraordinary woman. Long before her death, she had become famous. An immense crowd, estimated at 40,000-50,000 people, from all strata of society flocked to her funeral on February 9, 1856.

For young girls and needy mothers, Rosalie soon organized courses in sewing and embroidering. She later founded a day-care center and a nursery school where working mothers could have their children cared for during the day. For these same people, she founded the Children of Mary with a branch for Christian mothers and a branch dedicated to Our Lady of Good Counsel. Though Rosalie was not an advocate of orphanages, in 1851 she took over the running of one; in 1852, she began a home for the elderly. 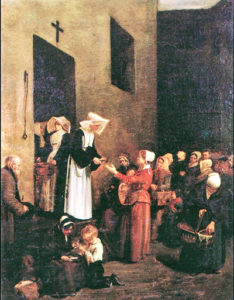 Besides these, she and the sisters ran a centre for the distribution of food and firewood, with a pharmacy, a clinic and a clothes dispensary. She helped in establishing and counselling the Conference of St. Vincent de Paul. She assisted in the reestablishment of the Ladies of Charity in 1840. She cared for the sick and the dying in the recurring cholera epidemics and, perhaps most of all, throughout her life she visited the poor and infirm in their homes. In the epidemics from 1849-1854, as many as 150 persons died each day in the parish where Rosalie and the sisters worked.  They attended to the living, accompanied the dying, and buried the dead.

The secret of Rosalie’s prodigious energy and numerous works was precisely the secret that St. Vincent confided to all his followers: She saw the face of Christ in the person of the poor. One of the sisters who lived with her cites Rosalie as she encourages the community: “Let us love the Good God very much. Let us not be sparing with our duty; let us serve the poor well, always speaking to them with great kindness.   If you do not act in this way, you will be punished: the poor will insult you. The ruder they are the more dignified you must be. Remember, Our Lord hides behind those rags.”

In 1815, when she was 29 years of age, she became the superior of the house on the rue de l’Epee de Bois. This “Apostle of the Mouffetard District,” perhaps the most miserable quarter of Paris, would live here for the remainder of her life. At the time of the founding of the “Conference of Charity” grouped around Frederic Ozanam and Emmanuel Bailly (which would later be named the Society of Saint Vincent de Paul), Sister Rosalie was considered the guardian angel of the Mouffetard neighbourhood and the Faubourg Saint Marceau.

The terrible 1832 cholera epidemic, which devastated these areas, made Rosalie into one of the most representative figures of Christian Charity. She walked among the sick and dying with little fear for her own health. She and the sisters ministered constantly to thousands of cholera victims. They organized the members of the newly formed Conferences of St. Vincent de Paul to work with them among the cholera-stricken.

It only seemed natural that the first members of the Conferences of St. Vincent de Paul would turn to her. They were novices in the art of helping the poor, the working classes and the sick. For them, she was all the more efficient as a teacher by the fact that, as a disciple of Vincent, she was imbued by the spirit of her founder. She pointed out the families to be visited, provided them with a little money and bread coupons, and lavished them with practical and concrete advice without sermonizing or overdoing the encouragement.

Under Rosalie’s animation, this incredible active house was also, quite notable, a house of prayer. The community she animated rose each morning at four and prayed faithfully. The Viscount of Melun quotes her as saying to a sister: “I never pray so well as I do in the street.”

By all accounts, this tender woman was fearless. Rosalie lived in turbulent times. As a child she experienced the Reign of Terror in France; her family hid a non-juror priest in their home. She came to Paris under Napoleon’s rule, when the Vincentian priests were still suppressed and the Daughters of Charity could not wear their habit. She experienced the Revolutions of 1830 and 1848, as well as cholera epidemics in 1832, 1849, and 1854.

Sr. Rosalie’s influence was a determining factor in the development of the spiritual, charitable and social vocation of the newly formed Society of St. Vincent de Paul of which she can be considered to be its co-foundress. 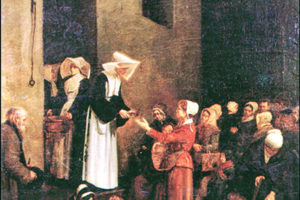 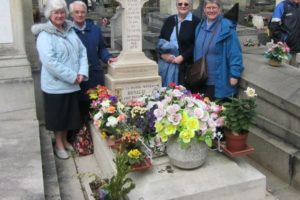 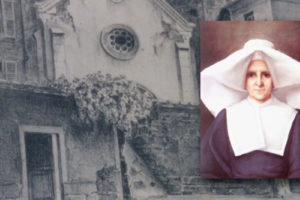 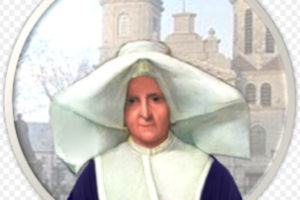 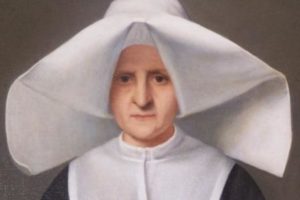 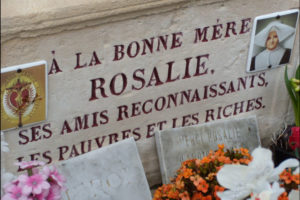 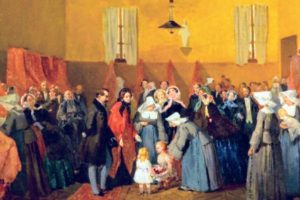 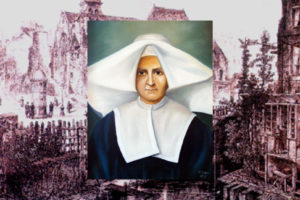 But be kind and love, for love is your first gift to the poor. They will appreciate your kindness and your love more than all else you bring them.